Seven Tower Dungeons: One of the Most Tragic Places

Seven Tower Dungeons or the famous Yedikule Hisarı ve Zindanları is on the coastal road which goes from Sarayburnu to the Bakirköy. It was built by the Teodosios II between the 413 and the 439 years. Initially, it consisted of just four towers and pylons but after the conquest of Istanbul, the Ottoman Empire built an additional three walls and it became the famous seven tower dungeons. 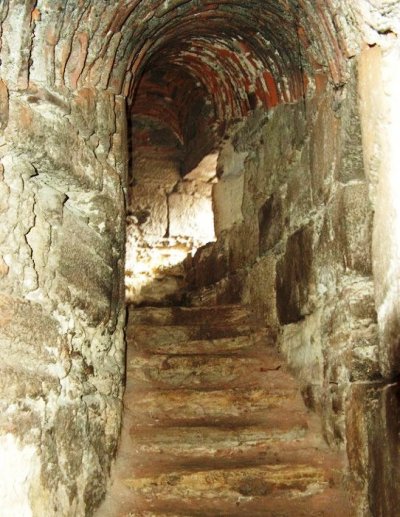 The main and monumental entrance of the city was the Golden Gate and the main reason for the four towers built by Theodosius was to cover his strong land walls with strong towers for defense. During the might times of the Byzantine Empire, the gates were full of gold too. After the conquest, Mehmet the Conqueror added three more towers and used them as a treasury and a prison for the Imperial family. Yes, you didn’t hear it wrong, it was used mostly for the Imperial family. Actually, during the Byzantine era, the walls and the towers were used as an imprisonment place for some criminals too. Fatih the Conqueror took this imprisonment place one step ahead and added something special, ”bloody well” or kanlı kuyu. Inside of this bloody well, criminals were being executed and the bottom of the well is also interesting. The well leads to the Mediterranean Sea and the convict’s head being left here to flow to the sea. So basically, in the Mediterranean sea, there are lots of bodyless heads swimming even nowadays. The most important convict had executed here is the ”Young Osman” or the Osman II. He was brought here and killed violently. Ahmed I the father of Osman II, had felt sorry for this later but it was too late, the legend of the Osman II had already born.

Even though it has some scary facts, it was also used as a treasury department too. It had some restorations between 1958 and 1970 and it is still managed as a museum since 1968. The dungeon consists of 7 sections:

Osman II Tower: The tower in which they executed the youngest Emperor of the Ottoman Empire, Osman II.

Arsenal Tower: Ottoman Empire used this section as an arsenal.

Ahmet III Tower: This tower had been built by the order of Ahmet III but it was destroyed because of the earthquake. Nowadays it is impossible to reach this one.

Treasury Tower: As you can see understand from the name, it was used as the treasury department during the Imperial years.

Dungeon Tower: This tower was used mainly as a basic dungeon. It was burnt by the famous fire happened in Istanbul since it was wooden.

Canon Tower: Even though the name suggests something another, it was used as a prison for many years. It was damaged quite bad during the fire.

Flag Tower: It is the tower which is on the top of the Golden Gate. It is the strongest tower of all. On top of this, the sanjak waves. It is one of the best examples that reached to our day without any harm.

You can also go by Marmaray if you get off at Kazlıçeşme Station and make a short walk.