Until the conquest of Istanbul, Edirne was the capital city of the glorious Ottoman Empire. It was both a headquarter for the expeditions to the south, and a second management center for sultans to rest, have fun and hunt. Selim II had summoned the most famous architect of the Empire, Mimar Sinan to the duty of Selimiye during a time like that.

Sinan was going to build Selimiye on a high point and he will make it so special that instead of the whole Islamic social complex (külliye), people will focus instantly to the main structure, to the Mosque. The mosque was built on the widest terrain of the architectural history and since the Hagia Sophia was far behind for many reasons, it would have been enough to make a dome as it’s size on a different structure and place. Mosque was completed in 7 years during 1568 and 1575.

Besides being built on the widest terrain of the architectural history, it was also chosen as the largest mosque of the world during that era with its enormous 2.475 m2 terrain. And since it was that big, Sinan preferred to make it with face stone. The vanity of the mosque definitely makes you wonder how they did it during these times. Even though the mosque and the Sinan have many secrets and wonders, the ”reverse tulip” pattern is definitely one of the most interesting and mysterious details belongs to these two. According to a myth, on the area which they were going to build the mosque, there was a lonely tulip farmer minding his own business. Since it was a direct order from the Sultan, there wasn’t any chance to refuse it and the owner accepted it unwillingly and sold his garden. And this reverse tulip pattern is symbolizing him. And another myth says it symbolizes the durableness of the mosque. Nevertheless, it means God too because of the Arabic letter ”هلال”. 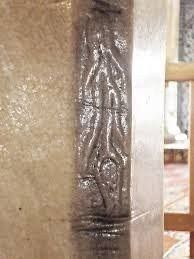 Moreover, Sinan had used a special tactic to construct the dome. Dome of the mosque is approximately 43.28 m high and 2k tonnes weighty. It is placed on eight pillars and the construction style of this dome was used by the Sinan in the history first. Thus, it is still attracting a lot of architects and visitors from all over the globe. The diameter of the dome is roughly 31.22 meters.

Selimiye has four minarets in total and all of them has only three stairs which are a special pattern just for Selimiye Mosque.

With all these mysteries and fascinating elements, Selimiye has entered to the UNESCO World Heritage List on 2010. With its interior design and structure, it dazzles the visitors but its view during the sunset is another miracle. If you are a photographer (professional or amateur doesn’t matter) you should definitely visit here and take its photo during a sunset. Since it is very close to the Istanbul, you can try Edirne’s famous dishes too. From world famous Edirne’s fried liver to the mutancana (a special lamb dish) and mamzana ( a special salad) or Greek moussaka and many more. Meriç Bridge is also one of the eye-catching structures of Edirne.